What Would You Do If Your Business Was Burgled or Robbed? 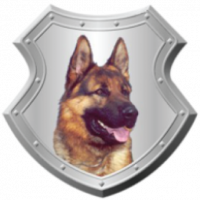 Once you have had your business burgled you will want to make sure that it never happens again. It can be a frightening and dangerous experience for staff if it happens during the day and whenever it occurs, there will be a financial loss and probably damage. Wherever in the world you are based, it is likely that you will become victims of shop robbery and you need to have a way to protect your assets.

Top of the range stores will work to ensure security protection, but there is a limit to what they can do. Security cameras can be installed, guards can be employed and smoke curtain can be put in place, but there will always be someone who feels that they can still get in. Police can arrive on the scene in a matter of minutes, but that is longer than it takes the robbers to be in and out and total damage will be inflicted.

It is because of this that organizations are now looking to bring in guard dogs. A well-trained dog will be able to not only put off burglars, but will be able to prevent the others from carrying out the burglary. Just knowing that there are guard dogs on the premises will make many burglars wary. The dogs need to be properly trained so should be sourced through a company for your own security.

You will soon find benefits on top of the security you feel, as by not making claims on your insurance it is going to go down. Knowing that there is someone in the area that is passing regularly will give you peace of mind at night and you can rest assured that when you come to work your premises will be secure. As more businesses get involved, there will be more regular patrols.

While the guards will not be police, they will have a visible uniform and this will be enough to put off potential criminals. Most will have experience and be fully trained. It is hard to see a guard and his dog and not feel you are going to be safe and no one will go near to your property.

Now that you know what you can expect from Guard Dog Security, it is time to think about the real reasons that you want or need one. There are few areas in the world where crime is going down, so you need to think what it could cost you not to have one.

Staff are going to feel safer when they see the guard and guard dog on a regular basis. It means it will be easier to retain good staff as they will not leave to work in a safer area. You will also feel more secure when you employ through an agency as you know they will have carried out the checks that need to be done.

In case you are unsure about the need for this additional security, there are figures that are bound to make you change your mind. Figures are showing that 30% of robberies are conducted against business premises and in 18% there was a knife and in 6% a gun and 10% another form of weapon – bat or metal pipe. Figures do not show how many staff are psychologically damaged, but 14% are physically injured.

The robbers are prepared to deal with guards and personal, and they are ready to use force against them. But they are not ready to face Guard Dogs.

And they know they cannot intimidate a guard dog and they cannot reason with a dog either. And most people and criminals in special have an instinctual fear of dogs. Something that they cannot control.

Across the world there have been recent events that are making more business owners feel that they have to have better security and that will include a guard and dog. In North Toledo a man was killed during a robbery at R & D Auto Sales, when he was shot by the robber.

There are things that store owners can do to limit the risks of robbery, and that is to make it clear that a lot of cash is never in the store. Banks runs should be made regularly and it varying times. This information has been given as a result of research in South Africa where stores were targeted when it was believed a lot of money was in house.

Banks learned this some time ago and as they keep little cash, other businesses are the new targets.

Most robberies tend to happen at opening time as there are few people around and then again at closing time. By having guard’s rotas start before closing time and patrol until opening hours, there would be a new deterrent in place. In London the places hit most regularly were Westminster, Croydon and Hammersmith and Fulham.

Recent statistics of robbery in London shows there are around 80 burglaries a day or 28,889 annually, and in some case properties are hot more than once. 47% of these incidents are classed as serious as a result of assault or abuse and there are high chances that a business will be attacked.

Businesses are concerned that there are not enough police officers to deal with the number of robberies and when there are arrests, prosecutions are hit and miss and business owners feel abandoned after the event. In London, thieves have worn burqa’s and so it was not possible to identify them yet guards with dogs may have detained them. Only around 36% of shop owners who have been burgled feel that sufficient action was taken by the police and some even say they would not report future crimes even though 80 stores are hit each day and this is a 1% increase.

Union members have been concerned about the amount of attacks on the security guards at stores, but they so not have dogs and will be seen as an easier target. With figures showing 1550 guards being attacked in the last 2 years, something needs to be done.

Now is the time to consider a guard dog and guard if you have a high-end business there are other measures to take. There are benefits from security tips and they should include staff training, up to date CCTV, strong shutters and ensuring that tills are easily seen from outside. Windows full of adverts will block the view of a crime so should be avoided at all costs. Most importantly of all staff should be taught to co-operate and not try to fight back the criminals themselves.