Why Does London Prefer Security Dogs To Other Methods? 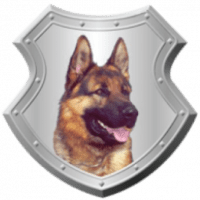 The string of burglaries has steadily been increasing in London, striking fear into the hearts of the people. One area that was being heavily effected was the Wimbledon area, an affluent suburb of London. Wimbledon has suffered a staggering 228 break-ins in just 24 months, a 17% increase in 2019 from 2018. Sources claim that the robbers scaled the property to break-in to the house and stole possessions worth thousands of pounds. One of these robberies was on the home of Michelin star restaurateur and celebrity chef Marcus Wareing. The robbers stole around £33,000.

To prevent burglaries, many of the residents have gotten together to demand more police action and have had neighborhood officers make reassurance rounds around the area. These are merely simple steps taken by everyday coppers to try to prevent any future robberies. Nevertheless, is it really safe? You can install CCTV cameras but they do nothing more than show you a footage of the burglary. CCTV cameras rarely prevent a crime. They help police in an investigation after the crime has been committed and the thieves run away with your property. Hence the still rising burglaries in department stores, convenience stores, Jewellery shops that have CCTV cameras installed. The reassurance patrol is also an easily adaptable method, but the problem therein lies with the habitual nature of humans. Habits that can be observed and worked around by the robbers.

A dog is a man’s best friend, the man being his owner and its loyalty is only to his owner and his home. Former robbers have been interviewed and they explain how loud-barking dogs are what most likely stops them from going into the targeted houses.

A Guard Dog Unit comprises of a security marked vehicle that is very visible and strategically positioned to deter criminals, a Highly trained Dog Handler, and his highly trained German shepherd dog. Dogs have an acute sense of smell and hearing and they are trained to identify possible intruders.

Guard Dog Security Units are highly trained for the protection of vacant or occupied personal properties or businesses. Their goal is to prevent all crime so you can feel safe and secure in your home or place of work.

Vacant property security, business security, and Data Centre Perimeter Security are some of the most in-demand areas of security for Guard Dog Security, one of the leading Security services in the UK.

Dogs are an effective way to protect your home and there are numerous stories out there of how dogs have saved the lives of human beings and their homes from robberies. Just a few months ago, the brave guard dog Kilo ran after a burglar that had invaded a home he was guarding and not only prevented an invasion but most likely saved the lives of the residents inside the house that would have been attacked considering the numerous weapons found on the burglar.

The process of getting our Guard Dog Services is quick and easy. Even if you just require information, contact us at our website. At Guard Dog Security, we aim to provide you with the best protection through our highly trained guard dogs.